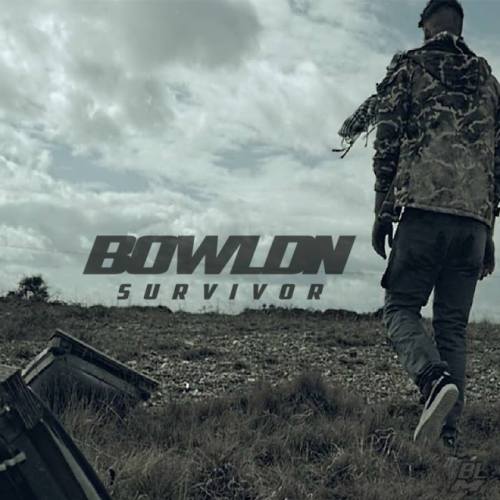 Based in South West London, BowLDN is a solo artist and producer who is no stranger to going against the grain. Working hard to create a unique hip hop sound all of his own, he has consciously stepped away from the pigeonholing and standardisation of the music industry to create something new.

The latest example of his unusual sound is his track ‘Survivor’, a fittingly named single about overcoming adversity to make a better life for yourself – a subject with which BowLDN has a lot of experience.

Diagnosed with learning difficulties at a relatively late stage in his schooling, BowLDN was initially told by his mainstream school that he wouldn’t pass his GCSE exams. Taking the decision to leave behind a school who had lost faith, he studied for his GCSEs at a YMCA training school, eventually passing each subject and specialising in music.

Moving on to college, he once again found himself lost in the shuffle, and getting in with the wrong crowd. A scrape with the law left him sentenced to one year’s probation and 30 hours community service.

Encouraged as part of his sentence to join a drama group called Bare Truths, BowLDN met a supportive group of people who allowed him to express himself creatively for perhaps the first time. Once his sentence was up, and he was no longer required to attend the group, he continued anyway – learning with each session and honing his creative outlet.

The next step is the release of ‘Survivor’ on June 22nd. From there – who knows?

Meet the LGBTQ+ Artists you should be listening...

One to Watch: Marco Dalla Villa

Ben Ridley Embraces His Pop Influences As He...

Review: Roman Zayats Is A Tad Chilly With...

On The Spot is part of our UK Music Promotions Company Quite Great who act as a music marketing service for labels and artists around the world since 1996. This site is run by our independent music journalists at Monkjack Publishing. All external music features are edited by journalist team members when submitting music press releases the more the content is ready to publish the quicker our editors can adapt and if relevant post on the site. The more you can interact on your own social network platforms the more impact your content will have.

On The Spot Music