Musical icon of The Only Ones returns with a powerful follow up to his first single “Four Winds”. Written, sung and produced by Mair ‘Stairway to Hell’ is an accumulation of his experiences and knowledge and it is a fantastic release. Having played countless festivals such as Glastonbury and O2 Wireless festival and literally thousands of concerts Alan has been able to hone both his live stage work and his studio skills for this release. The track combines a driving bass, soaring guitars, thundering drums courtesy of Zal Cleminson and Ted McKenna of Alex Harvey Band fame, and a dynamic vocal from Alan.  Sonically and lyrically the track is a pure adrenaline rush.

Watch the video for ‘Stairway to Hell’ here: 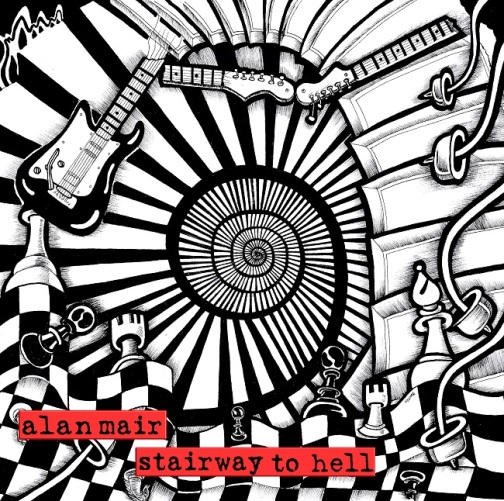 Alan with “The Only Ones” “Another Girl Another Planet

The Fabulous Red Diesel live up to their...

Just Checking In: The Quite Great Mental Health...

On The Spot is part of our UK Music Promotions Company Quite Great who act as a music marketing service for labels and artists around the world since 1996. This site is run by our independent music journalists at Monkjack Publishing. All external music features are edited by journalist team members when submitting music press releases the more the content is ready to publish the quicker our editors can adapt and if relevant post on the site. The more you can interact on your own social network platforms the more impact your content will have.

On The Spot Music